A joke about 5 nuns driving slowly

A police officer was sitting beside the road when he saw a car going by at a slow rate of speed. All of the other cars were passing and blowing the horns. The police officer decided to pull the car over and give them a warning. When he got up to the car he followed it for a short way and clocked it doing 40 mph. Since the speed limit was 70 he felt that they needed to speed up, so he pulled them over to talk to them. After they pulled off to the side of the road, and he was walking up to the car he noticed the car had five nuns in it. The youngest appeared to be driving and she looked to be in her 70’s.

As he came up to the car he asked if there was anything wrong.

NUN: No officer why?

OFFICER: I noticed you were going slow and I thought that something might be wrong.

NUN: Young man I know that I don’t have much experience driving in the job that I do, but I was doing the speed limit, 40 mph.

OFFICER: Ma’am that was the route number not the speed limit.

NUN: Oh I am very sorry I thought that those signs were the speed limit signs.

The driver said that they would be after a little while, because she had just come off route 119 a couple of miles back. 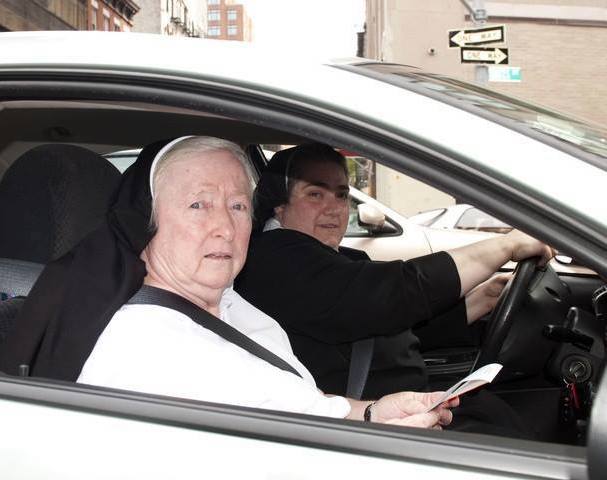