For a long while now, we have had an unofficial Facebook commenting policy which is no swearing, no offensive comments and no spam. We have welcomed debate, as much as you can on a page called Christian Funny Pictures, and we have never deleted a comment or banned someone simply because we disagree. But sadly we have had to ban plenty of people. In fact probably hundreds if not over a thousand. We don’t like doing this, but to maintain the integrity of the page, it has been necessary.

What follows below is a long explanation of our official policy, but if you’re anything like me, and you never read the online terms and conditions, here it is in a couple of short sentence:

If you swear, or are offensive, or post spam you may be banned without warning. If you continue to do so after a warning, you will almost certainly be banned.

For anyone who has been around our page for a little while, this should sound familiar as we are just making our unofficial policy our official policy.

But for those of you who want a few more details, or you are the sort of person who likes reading online Terms and Conditions then please feel free to read on. 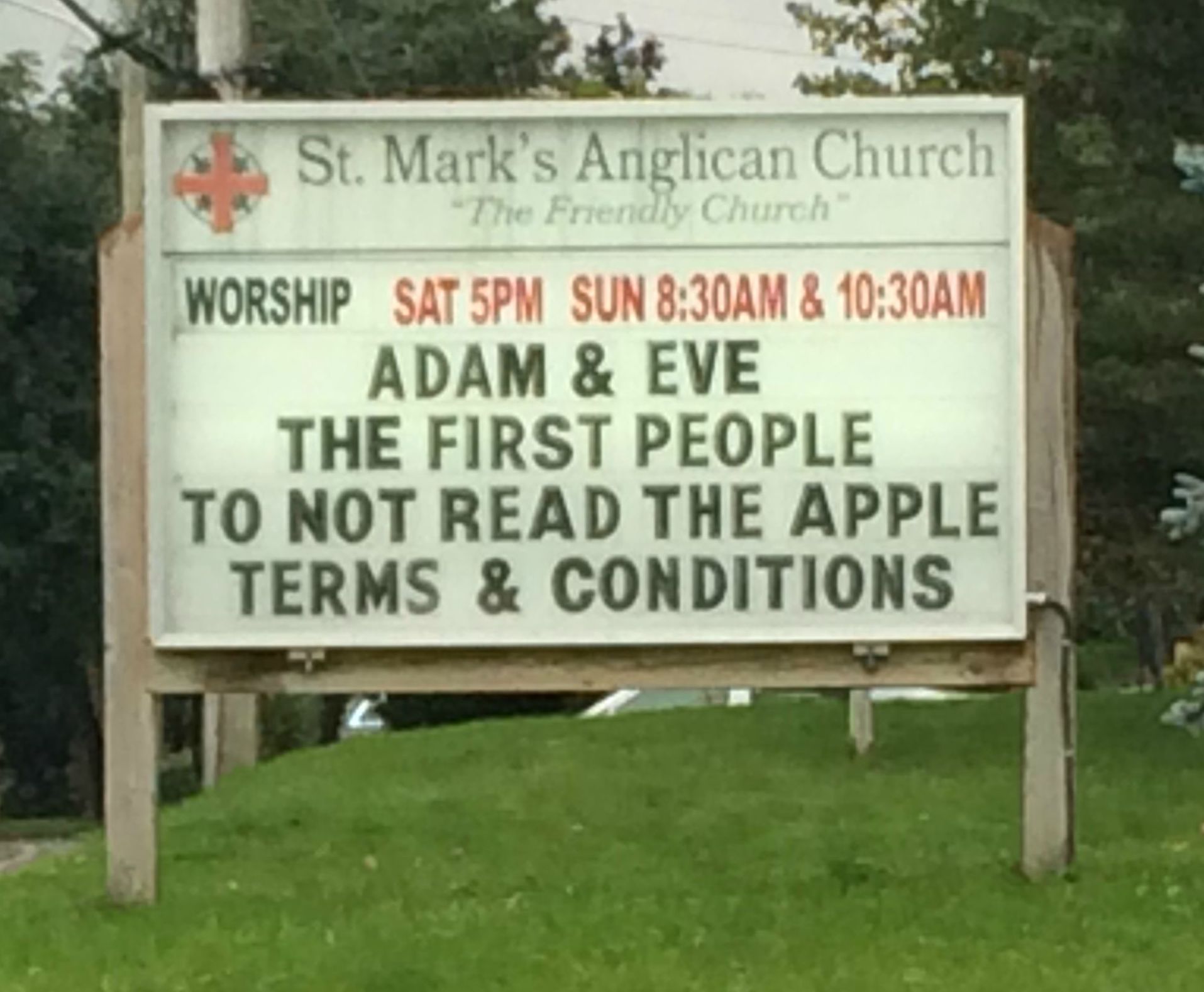 I work in a job where I hear people swearing all the time. I hear it, I read it, I probably (and unfortunately) know more swear words than the average person, and it has been a long while since I have heard a new one. But do you know what? I don’t like it. And I know a lot of other people that don’t like it either. This is not a Christian / non-Christian thing: you don’t get into Heaven by not swearing, and you aren’t excluded from Heaven if you have ever sworn in your life. It is just plain and simple that I don’t like it. And this is my page and I get to make up the rules, which I did a long time ago, but I am only just now getting around to writing them down. No, this is not like the 10 commandments of Christian Funny Pictures, and No, if you use the word bottom, or bum, or other words that make a 7 year old snigger, it will not be an automatic swing of the Ban Hammer**. However, if you think that some people may not like to hear a particular word that you are about to use, then don’t use it. Or if you think it would be inappropriate in front of a grandmother (even if you are a grandmother and swear like a trooper), then all we are asking is if you could please refrain from using it in your comments.

At the time of writing this, there are over 140,000 of you and only one of me. Rarely is there a time when I visit the page that there are less than 20 plus notifications, and I cannot possibly keep up with all the comments, even if maintaining Facebook were my only job (it’s not, because as stated above, I have another one where I have to, among other things, listen and read about people swearing).

Therefore, if you see someone swearing in the comments, send me a link or a photo through PM, and I’ll decide what to do: delete the comment or swing the Ban Hammer**. Consider it your little act of service to keep this page clean.

This one requires a little bit more explanation, but it is still quite simple. We are a page that is trying to show that Christianity and laughter are not incompatible and one of our main tag lines is to laugh AS Christians not AT Christians.

And rather than be all negative about it, let me tell you first what is allowed on our page. We never ever delete a comment or ban someone simply because they say something we disagree with. It doesn’t matter whether you are a Christian or a non-Christian, you are welcome to come on to this page and disagree with us. But you are also allowed to do that politely, and with respect. And if you know it is going to be something controversial, then you can also make the comment without attacking other people.

So what don’t we allow? If you come onto this page to deliberately argue with people and do so in a way that is either demeaning of an individual or a group of people, or if you personally harass someone in the comment section, then you will amost certainly be banned. Who gets to decide this? This again falls to me, and I always err on the side of caution, because I know that I have sometimes said or done things that I regret or am ashamed of, and I prefer interaction with people than having to swing the ban hammer**.

Over the years I have been running this page, I have received some wonderfully encouraging messages from people who have loved our page but are concerned about a particular picture we have posted. They have done so by stating how much joy they have taken from the page as a whole, and then asked me kindly to review a certain picture. When a request like this is made, we always review the picture and in many cases we have then taken it down. Under no circumstances do we want this page to be a stumbling block for others to come to faith, or for those new in the faith.

However, we have received other types of messages that have totally outnumbered those messages that we have just described. They usually start by telling me that I am not a Christian and they demand that a certain picture be taken down or else. I won’t tell you the “or else” part of some of those messages otherwise I would be breaking the very rules I am trying to set down. These type of messages are routinely ignored as the content is overshadowed by the delivery.

If you are going to send me a personal message, please remember that I am just a person. I am a sinner just like you, and sometimes I make mistakes. I get angry, I get sad, I feel down, and sometimes things can cut deep. But I am also, more than willing in appropriate circumstances, to revisit, review or take down pictures.

However, there is another type of spam, where someone repetitively comments, whether it be on topic or off topic, about the one topic or many topics. I am not talking about one or two comments here or there, or commenting back and forth within a good discussion (I once had a great discussion with an Atheist on a particular post of ours, where there were several hundred comments in the end). But posting the same message on numerous different pictures is not only annoying, but do it enough and it becomes offensive. There is a fine line for this type of spam, and I almost always give a warning about this type of spam. If it keeps happening something gets swung – that’s right, the Ban Hammer ** again.

So why have we formalised these rules. Because I am wasting so much time monitoring comments and banning people that it is distracting me from our goals. We started this page to laugh AS Christians not AT Christians, and we have been amazed at the reaction and progress of this page, and also humbled by the number of people who have joined us (we still remember our very first ‘like’ and continue to express our thankfulness to her). We have met so many wonderful people online, and received so much wonderful feedback about the page. But regardless of all of that, we want people to know Jesus. If even just one of our pictures, or videos, or cartoons, or jokes makes someone think about the Bible, about our lives, and about our desperate need for a saviour, it has all been worthwhile (as clichéd as all of that sounds).

God has appointed various people in the church, some are prophets, some are teachers, some have the gifts of healing, some are to help and some are to administer. We are so thankful that there are all these people.

But Paul also said that to the Jew he became as a Jew, to those under the law, he became as one under the law, to the weak he became weak, and he became as far as possible like those he was ministering to. Why? As he says at 1 Corinthians 9:22 “I have become all things to all people, that by all means I might save some”. In our own way, we are seeking to minister to those lost on the Internet (of which there are millions).

May God use this page for his glory in order to save some. 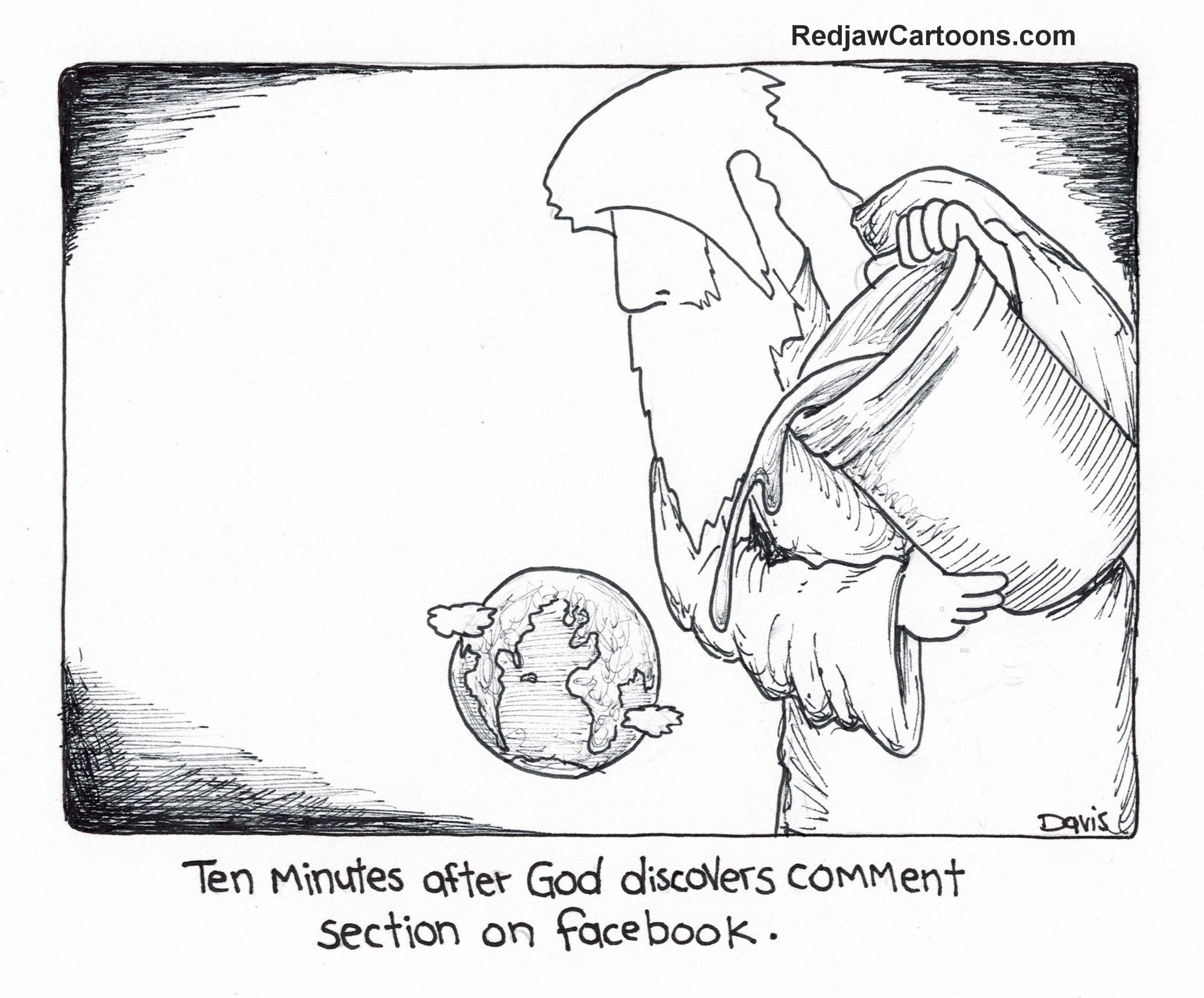 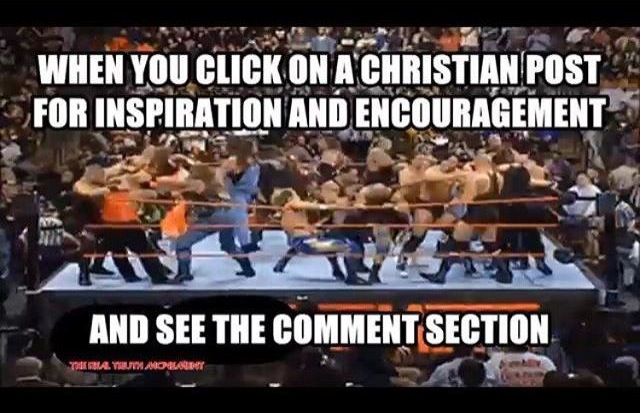 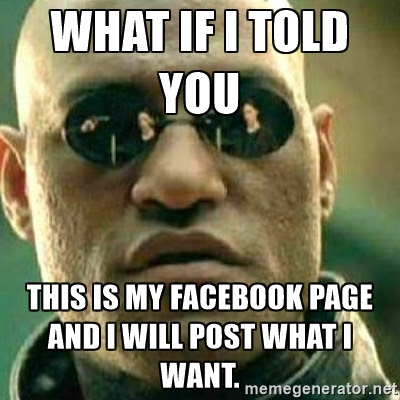 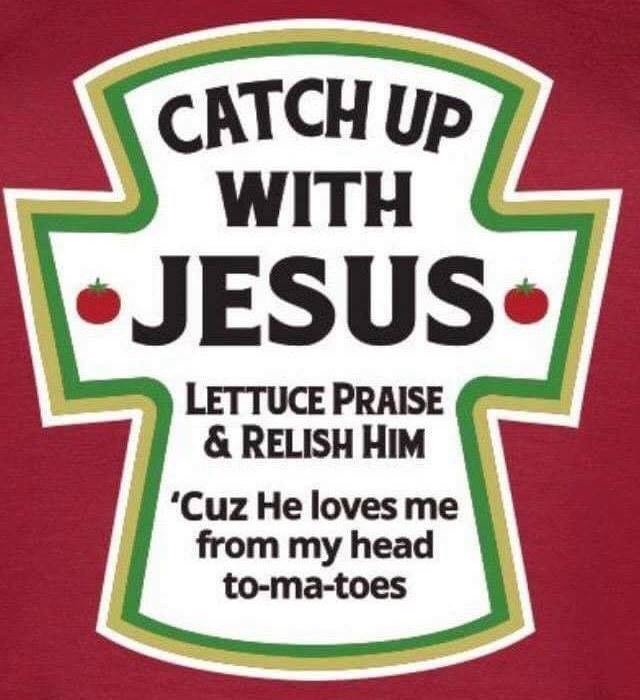 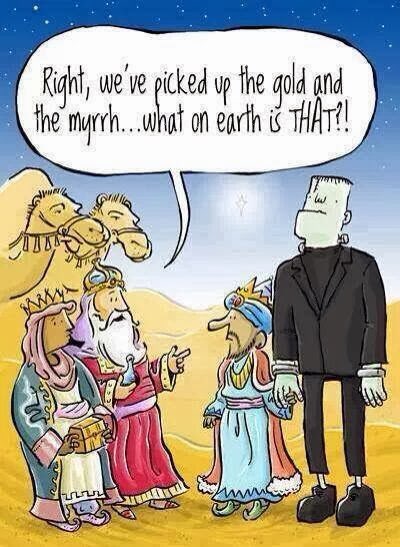