In December last year, my home town was a witness and a victim to a horrific act of violence, murder, radical Islam and terrorism. The incident became known around the world as the “Sydney Siege”, when a lone terrorist, Man Haron Monis, held hostage ten customers and eight employees of the Lindt Chocolate cafe in Martin Place. After a 16 hour standoff it ended tragically with the deaths of three people: the manager of the cafe, one customer, and the terrorist himself.

But the aftermath of the tragedy gave birth to one of the most popular hashtags on Twitter for 2014 – #illridewithyou.

When I first saw it, I had no idea what it meant, or where it came from.

But apparently it all started when a local Sydney woman, Rachael Jacobs saw another woman who she presumed was a Muslim silently removing her hijab while sitting next to her on the train. This was in response to the news of the Sydney siege and possibly some concern about immediate backlash or a potential for violence. in the aftermath The story goes that Ms Jacobs saw all of this, ran after the woman and said: “Put it back on. I’ll ride with you”.

Thousands and thousands of people then joined the campaign using the Twitter hashtag “#illridewithyou” to meet muslims at their local stations, particularly muslim women, and to ride with them on their scheduled journeys.

It is a great story, a lovely idea, and it led to many small but significant acts of kindness across Sydney. It was therefore quite disappointing to have read some reports that the entire story was made up, but more significantly and perhaps sadly, to read the backlash to the hashtag itself.

A number of media commentators were critical of the hashtag which used the siege to change the victim from the hostages, both the two who died and the 16 who survived, to muslims who may be suffering some type of retribution. They were critical as the reported cases of retaliatory behaviour was very low or non-existence, and that mulims or at least Islam should bear the responsibility of those acts, not earn the victimhood label. While I don’t want to get into the sociology or psychology of these reports, I am more interested in the question:

Where did the hashtag come from?

While Ms Jacobs may or may not have made up the entire story behind the hashtag, more significant is the fact that her idea was not original.

In fact she didn’t come up with the idea at all.

A little while back, before Twitter, there was another guy who helped people when they were scared or worried, and walked with others regardless of their background, but missed the opportunity of starting the hashtag #illwalkwithyou (he was probably too busy going the extra mile).

The same guy also hung out with all the vulnerable members of society, protected them from physical violence and numerous times fed them and healed them, but there was no hashtag #illbefriendswithyou.

Eventually he did catch a form a public transport (although it was a donkey) so was quite at home with the #illridewithyou idea, but ulitmately and more amazingly he put his own life at risk not only for his friends, but even for his enemies – #illdieforyou.

Praise to the people, whether Christian or not, who were willing to ride with those more vulnerable than themsleves. Praise for the kindness shown in the midst of such tragedy. But let’s never forget the person who has not just walked through the valley of the shadow of death, but the person who has triumphed over death and now offers a very simple suggestion – #illridewithyou.

Will you accept Jesus’ invitation? 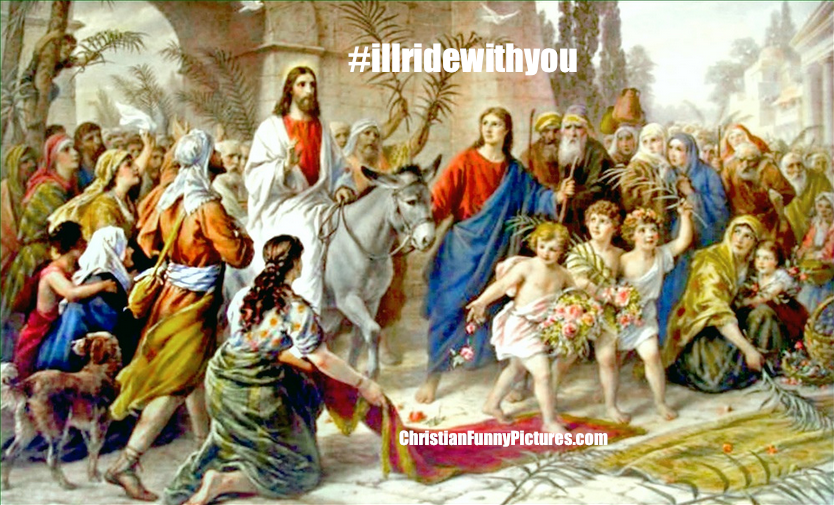 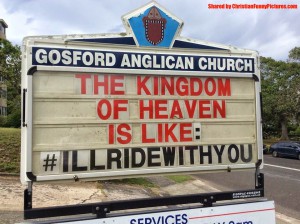 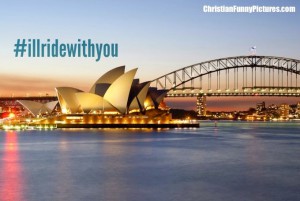