Should Christians do the ALS Ice Bucket Challenge?

If you have no idea what the Ice bucket challenge is, then this must be your first time on the Internet for over a month. There is no point in describing it in detail other than to say that it involves famous, infamous, and not so famous people throwing ice and ice cold water on themselves and others to raise money for the ALS (amyotrophic lateral sclerosis) Association in the United States.

It has been all over the Internet, been filling up Facebook feeds and can be described as nothing short of a miracle for the amount of money it has raised for this non-profit organisation.

It is silly. It is pointless. It is ridiculous. And I love it. Along with millions of other people I have laughed, cried, been amused, shocked and amazed by the fun and frivolity of it all, but just recently I have seen more and more backlash to the craze. 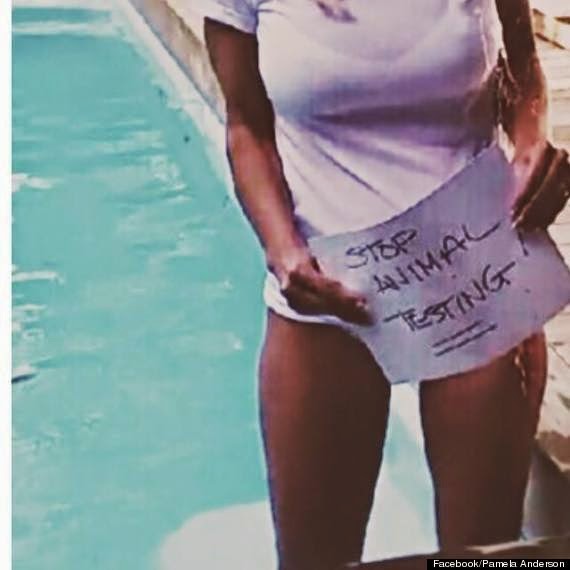 While there has been some opposition to it by animal rights activist such as Pamela Anderson on the basis that the ALS association fund research on animals, and others think it does nothing more than “help those participating feel very good about themselves and all the good goodness they’re doing”, many of the objections have come from Christians.

So without going into further detail of it all, this post aims to highlight three current Christian objections and answer the question of whether Christians should participate in the ALS Ice Bucket Challenge.

Several pro-life groups in America along with the Catholic Church in Cincinnati have expressed concern that the ALS association supports and conducts research using embryonic stem cells. There is not enough space to go into the complex issue of the use and abuse of embryonic stem cells, however if this claim is true, even in part, it makes it difficult for a Christian to continue to support them. While it is fantastic to raise awareness of the disease, and to fund research for a cure, or to prevent or ease the condition, it can never be right to destroy human life in an attempt to save human life.

Solution: Put a condition on your donation that it is only going to awareness campaigns or only to research that doesn’t involve embryonic stem cells. Or if you still feel uneasy about it, why not donate to a different organisation or charity all together. 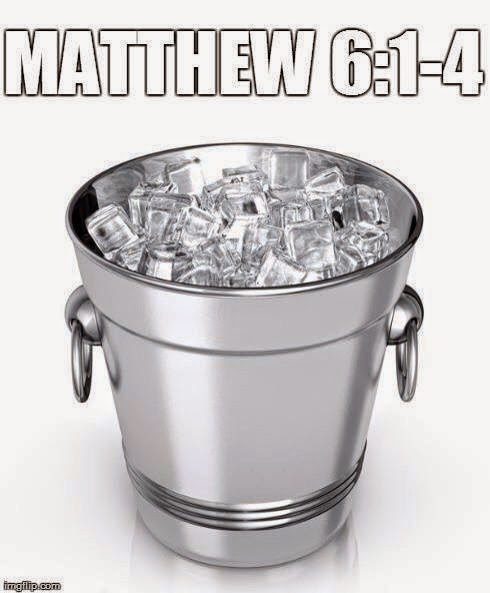 The following image has been used to make the point that we should always be careful what our motives are. Doing good just so others can see is not really good at all. Of course while it still raises the money and the organisation would be happy to accept your money whether you have told one person, a million people or no-one at all, if it is done to please others, there will be no reward from God.

Solution: If this really bothers you, why not do the ice challenge by yourself, or in secret (although it probably would never have gone viral if everyone had done it this way). As one of our Twitter followers Tobi suggested there is nothing stopping you from doing other good deeds in secret, while participating in this one in public – there is room for both.

This is the easiest to explain as any donation you give to one organisation is money that you are not giving to another organisation. If you only have a certain amount of money to give away, then it is important to allocate it properly. God calls us to be good stewards with our resources.

Solution: Be generous but be wise with your money. If you have already allocated money to another organisation, don’t take it away from that cause in order to give it to this cause. Always prayerfully work out where and to whom your money is going, but always be generous.

While there are probably many more objections to the ice bucket challenge than these three, there is a final problem I want to raise. The ice bucket challenge is of course silly and ridiculous, but in the midst of a world wide craze which involves people having fun, being generous and encouraging others to be generous, do Christians really want to be the ones to stop the fun, to raise the objections, to highlight the problems and to live up to the stereotype of being negative anti everything critics?

Our entire site and goal here at Christian Funny Pictures is to laugh not AT Christians but AS Christians and to prove that laughter and Christianity are not incompatible. Any attempt to bring fun, laughter, and silliness to this sad and broken world should be encouraged not discouraged.

What do you think? Have you done the ice bucket challenge? Do you know of any other objections? How should Christians respond?